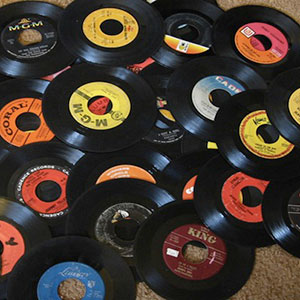 I was originally going to make this into a long Q+A post covering a few different issues but I wound up getting way into this topic, so I decided to dig in and save the other questions for another time.

So here we go:

“I’d like to hear your take on releasing EPs versus LPs…. versus Singles as well, I guess!”

The first and most straight-forward answer to this question isn’t so much about what works best, but when to release different types of releases and how to leverage your music for maximum impact. That’s right. I said it. Maximum impact. 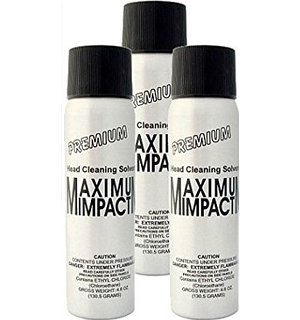 Quick disclaimer: the ideas in this post are meant to be helpful to average new bands who are just getting started and are looking to get noticed on a tight budget.

When a band comes to us, they’ve almost always recently finished an EP or LP (I’ll get into EP vs. LP at the end) which they want help promoting. We almost always begin by pushing either one or two singles – depending on the budget – each separated by 6-8 weeks, followed by the main release.

This works well, but what we’ve found can work even slightly better is to have new or developing bands – that is, bands that are unsigned and playing local shows – release a series of well-promoted singles every 3-5 months for a year or two while the band builds an audience.

The Case For Releasing Singles

It will always be hardest to secure coverage for a band’s early releases because most of the music writers we’re sending their stuff out to will have never heard of the band in question. The good news is that each consecutive release will usually be stronger than the one before it. The more opportunities we get to have a conversation about a band, the more confident we can be that our efforts will result in a good amount of press coverage.

Recording and releasing singles is a great way to work out the kinks (stylistic, logistical, etc.) in a project early on.

Singles are cheap to record and distribute (I wouldn’t recommend manufacturing anything physical for a single), and they allow bands to develop their draw and sound without going broke.

It also takes very little time to record, mix and master a single. The quick turnaround gives you a chance to do the following:

1. Release frequently to stay in the mind and eyes of the press. If an artist releases a single and/or video every few months, they’ll have that many more opportunities to get press and develop a reputation.

2. Whether a band is working with a publicist or sending out their own PR emails, releasing music is a complicated process. Putting out low-risk/low-investment singles creates the opportunity to learn from your mistakes and improve the way your band executes releases.

3. When bands start out, they usually have at least one super strong song, but that doesn’t mean they’re ready to record an EP or LP. Releasing singles gives bands the opportunity to only show the world its very best material while working on building a stronger repertoire. Your earliest batch of songs will almost certainly have some duds that really don’t need to be recorded. This will (hopefully) prevent your worst songs from taking up precious studio time.

4. Nothing is more frustrating than getting sick of your own set/record. Recording and releasing singles allows bands to change out their material one or two songs at a time so they don’t have to wait a whole year before showing people the new stuff they’re really excited about.

The Wrong Way to Single

“We’re going to release one single and one video every month for a year!”

This is usually coming from someone who has some sense that releasing music frequently is a positive thing, but who doesn’t have a lot of experience executing successful releases. There are a few reasons why this doesn’t work.

As I mentioned before, when sending music out to press leading up to a release, you should give it at least six weeks of leading time – that’s six weeks in between the time you first reach out to writers and the release date. It’s also good – and generally welcomed – to do one follow-up round a week or two later. This is slightly oversimplified, but basically how it works.

When a band releases something every month, the email rounds from one release will inevitably overlap with other release rounds – so the band is essentially asking for coverage for a whole new campaign before the first one is even made public. This can lead to confusion. Music writers hate confusion.

Incessant new releases can also feel annoying or even spammy, especially if you do your own publicity. Expecting your fans to get excited about a new release every month is also asking a little too much. It doesn’t allow any time for people to look forward to your work.

After covering your release, a publication will usually want to let some time pass before writing about you again. Publications don’t want to appear to be “picking favorites”. It’s also in their best interest to write about as many different bands as possible; after all, that’s how they get new readers to their site.

And finally, it’s a much better idea to have a few really great singles (if accompanied by great videos even better) than to have a constant stream of sloppy, poorly promoted, half-finished material. That goes double for videos. It’s better to have no video at all than a low-quality video.

This isn’t a hard and fast rule, but three to four singles, no less than 6-8 weeks apart from each other is a solid plan for a full year. Early March, July, and October are my favorite release months, but there’s plenty of wiggle room as long as you don’t release anything or send out any press emails between Dec 15th and Jan 15th. That’s when the media burrows underground in its secret holiday nog chamber.

As I mentioned before, most bands we work with come to us with a complete EP or LP. In this scenario, we feed singles out over the course of 6 months or so and then push the longer release. This option is sort of the best of both worlds for people who either want to make or already have albums.

Another option if you’re doing just singles to start out with is releasing the singles individually and then combining them for a larger release.

Generally, there are two good reasons to make longer releases:

1. The songs work together as a creative piece. You remember records, right?

2. You want to sell your music in physical format at shows and it’s hard to justify the cost of printing one single at a time in any format.

Whether the main release was recorded all at once or one song at a time, it’s a good idea to send it out to press in the same way I described earlier. It’s also important to make sure that there’s at least some new, previously unreleased material on whatever you’re sending out – even if it’s only one or two new songs.

There’s a lot at stake with an EP or LP release. Here’s some stuff you should think about.

• Since recording and manufacturing music is so expensive, it’s good to make sure that there’s demand beyond your circle of friends before you set out to make a record. If the demand isn’t there yet, consider sticking to singles.

• Once the record’s out, it’s over. If the PR for your album wasn’t carried out successfully, there isn’t much you can do after the release date. This is a big reason why priming blogs, magazines and newspapers with lead-in singles is so important. The last thing in the world you want is to spent a bunch of time and love and money making a beautiful record that nobody shares.

• When your band releases music, it creates news. News requires a very specific date – hence release date. This helps tell people when your record is officially “happening”. Once it’s happened, though, it’s literally old news, and almost impossible to get covered in the media if there isn’t a solid foundation in place already. Be very afraid.

As we’ve discussed so far, short frequent releases are most helpful for new bands who are looking to get noticed and grow. EP’s are cheaper and faster to make, while LP’s are probably better for shopping to labels. By the way, I highly recommend sending your record to labels before and not after your release. LP’s are definitely better for more established bands, especially ones who are actively touring and need to sell records. Both work great for sending to blogs, magazines, newspapers, and radio.

The main downside to only releasing singles in your first year is that selling records isn’t an option.

One way of dealing with this is to make cool physical merch that isn’t so directly tied to the music. Make T-shirts, download cards, patches, hats.

One strategy I’ve used successfully is to put out a sign-up list on the merch table and send out a few songs for free to anyone who signs up. It’s a good way to build a band’s mailing list while having something to offer people in return for their email address.

While all this shop talk outlines ideas and strategies we’ve used to help build the visibility of a bunch of bands, it also isn’t necessarily the right plan for every project.

Some people have access to time and funds to make full-lengths from the get-go.
Some people write music in such a way that absolutely requires an album format.
Some people make whale sounds records.

Building a prosperous practice of releasing music isn’t about picking one strategy over another per se, but rather understanding the realm you’re looking to compete in and the challenges that lie ahead. And of course, it’s always about serving your art to the best of your ability.