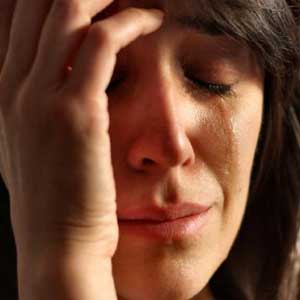 Band Bios Are The Undisputed Worst.
Bands hate writing them almost as much as other people hate reading them. According to recent estimates, 99% of amateur band bios are 5+ paragraphs of long, useless, cringe-worthy filler.

Before we dive in, I’d like to state for the record that I recommend having someone outside of your band write your bio: ideally someone who has read plenty of other band bios, like a music writer, publicist, or someone who works or has worked in music promotion. The hope here is that whoever you choose to do this possesses two things that you might not:

1. A strong understanding of the purpose and function of band bios.

2. An outsider’s perspective on your project’s strengths, weaknesses and cultural relevance.

But let’s be honest here; you’re probably going to wind up writing your own bio, so here are some helpful suggestions.

Keep it Short and Factual

I usually like band bios to be 2-3 short paragraphs followed by upcoming news like release/tour plans. I advise against sharing upcoming unconfirmed plans. If you have new material, but don’t know when it will be released, mention that you’re in the studio working on something new. If you plan to tour, but don’t have confirmed dates, just mention one or two confirmed upcoming shows in town.

Each project has several elements to work with. The focus of a bio will depend on the setup of the band and what aspect offers the most in terms of story. This will vary from project to project, but a good way to start is by simply making some detailed notes about each of the components listed below.

• Main songwriter(s)
Bio, approach, mood, experience. Dig extra deep on this one.
• Music
Live performances, recordings, shared musical interests, include anything noteworthy.
• Band
How the band formed, band process, points of interest.
• Environment/scene
Contextualize your band in terms of city, genre, or what’s going on around you.
• The story behind the songs
Specifically, what are the songs about? List themes as well as actual stories. Dig extra deep on this one, too.
• Production
Points of interest around how/where the songs were recorded.
• Experience
Recent noteworthy shows, press coverage, label affiliation.

Once you write down some notes around each of these aspects of your project, you’ll likely start to notice that certain areas are more interesting than others. Pick 2 or 3 to focus on and use the other elements sprinkled throughout as needed. By no means do you need to include all of these elements in your bio, but organizing your band’s “story assets” into these categories is a great way to wrap your mind around what you’ve got to work with.

In our work as publicists and musicians, Alex and I have learned many times that people can smell bullshit a mile away.

A bio’s function isn’t to prove to the reader that a band is cool or more famous than it actually is. A bio is an opportunity to share something real about your project and make a connection with the reader.

Here’s how I think about it. Say I’m a music blogger looking at two different band bios. The first bio effectively convinces me that the band in question is cool and possibly about to blow up. The second shares with me fascinating, personal details about the band’s process and experience.

My point is that you don’t need to try to be cooler than you are. The coolest thing is to be yourself and let the world see the most interesting, human aspects of the work you’re creating. I warn against “selling” your project. Bios written with this intention often come across as stilted, pretentious, and, ultimately, they tend not to showcase everything wonderful a project actually has to offer.

There’s a big difference between putting your best foot forward and pretending to be something you’re not. All this isn’t to say that your bio needs a somber, mature tone. It can and should have whatever tone matches your work.

My final note on this is that I’ve worked on bios with a lot of different bands. I can easily say that the best bios are ones that make the lead singer feel uncomfortable and too exposed. Showing the place from which your creativity stems can feel extremely vulnerable, but it’s seeing that kind of vulnerability that allows us fall in love with our favorite artists.

Letting yourself be seen in this way probably won’t happen overnight, but it’s a good thing to think about.

A lot of the time, I’ll see bios mention that the band’s songs are wistful, or sad, or touch on themes of love and loss, but it’s monumentally more effective to give some backstory about what led them to explore these topics. When you discuss what goes into a song, people will easily be able to surmise the emotional themes.

Likewise, saying that a band is rising quickly through the ranks isn’t nearly as effective than listing prominent shows and coverage.

Keep Sound Descriptors to a Minimum

Lengthy genre descriptions often reflect what the band wants to sound like more than what it actually sounds like. Many times I’ll see something like “dark yet hopeful; as though post-punk were reimagined by radiohead.” These are the kinds of statements that tend to make one’s eyes glaze over.

Instead, a nice way to handle this is to include a space for influences and other pertinent genre information about your band in a separate section on your press kit. This allows whoever you’re reaching out to quickly view your band’s most important information.

This is a screen grab from an Artist Information section we use in our EPKs, which we think works well.

I’ve seen lots of bios in which a band will use descriptions of several of their songs to try and give the reader a better sense of their music. While I understand the intention behind this tactic, I don’t recommend it. This language makes a passive assumption that the reader must – and will – go listen to a few songs before getting the real gist.

In fact, the only time I’d describe a particular song in a bio is if it’s part of a press release for a specific single.

Though it may be tempting to write about how much your band has grown, it’s not a great idea to compare your current release to your band’s past work. If you’re writing your own bio, it’s likely that whoever is reading it isn’t familiar with your past work.

Examples: “achieved a much fuller sound with this record” or “with the addition of a new guitar player”

Instead, it’s just as effective to mention that the current release sounds massive thanks to whomever worked on it and how it brings to mind other amazing sounding records.

Focus on One or Two Bandmembers

Information about the main songwriter is great, as it often helps contextualize the music. Sometimes a band will have two front-people or two important founding members who really make the band what it is.

While most new bands want their PR materials to showcase the band as a democratic unit, including everyone’s influences and background will turn a bio into a long and boring list, instead of a story or glimpse into the exciting world of promising young artists.

If you find that including everyone in the band’s name somewhere is absolutely necessary, just make another section to list the band members and their roles on your EPK.

That’s it! Now, go pretty up your stinky old bio!

And hit us up via email below – we’d love to hear if this was helpful and check out the bio you’re working on!