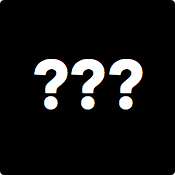 Every artist wants a magic bullet. I know this because I’ve heard so many bands ask what’s the one thing they can do that will push them forward to greater prominence, financial feasibility, and, ultimately, fulfillment in their life as an artist.

I wish that I could tell you that, as a publicist, I have all the answers, but we’ve worked with bands who executed massive release seasons, as well as bands that literally imploded mid-campaign. So, while I do like to think that we offer a lot to the bands we work with, it’s clear that more goes into running a successful band than meets the eye.

Last month I attended the Secret Knowledge Conference at the Jupiter Hotel. If you’re not familiar, Secret Knowledge is a Portland organization that puts on classes and events aimed at helping creative people make a living. The conference was a full day of talks and panels covering a wide range of topics, from interacting with the press to handling taxes as an artist, publishing, crowdfunding, and even financial planning for creatives.

I learned a lot from many of these fascinating presentations, but the overarching lesson that I walked away with is that, as artists – maybe even as people – we have no hope of moving forward until we identify and systematically dismantle the issues in our black box.

The black box is an idea used in science and engineering, which describes any device whose workings are not understood by or accessible to its user.

The basic idea is that you put an object into the black box, something happens and then the object comes out of the box in a different state.

How the Black Box Stalls Our Careers

It’s easy for the things we don’t understand to get in the way of our progress. For example, we tend to think of our future as musicians in a basic binary: my band will blow up or my band won’t blow up. If these are the two options in our mind, they seem more or less equal, even though the first is far less likely, especially if we don’t really understand how bands grow. This blissful ignorance can ultimately prevent us from doing the kind of work that’s required in order to see results.

While relative prominence is the goal of most artists, the majority of bands watch their careers plateau as soon as they hit the capacity of their own know-how. For example, a band might easily play shows every month or so in the same town for a few years until they get bored and burnt out from doing the same thing repeatedly without seeing much in the way of progress. If they don’t pique the interest of someone in the industry who can help their career grow, the project can quickly become stuck.

Let’s say that this band decides they need to reach a wider audience. The band knows that touring is something important that more established bands do, so they try to set up a tour. Without a strong touring strategy, the band might play a string of weak shows in far-away cities that they likely won’t return to for a long time, if ever again. They may not have had a plan in place to collect people’s contact information and build relationships with bands in other cities. Does this kind of touring really help a band at this stage? Is touring the best first step to take when trying to initiate growth in a band’s career? Is that the most efficient use of time and money?

In this case, the band’s intended outcome is “reaching a wider audience” and the black box encompasses all the steps needed in order to accomplish the outcome.

As illustrated in this story, when we don’t fully understand how to best achieve our goals, we’re at risk of carrying out our plans poorly, or even developing the wrong plan altogether.

Before prescribing solutions to the challenges your band faces, it’s imperative that you dive into your black box. In simpler terms, it’s best to learn as much as possible about how to achieve your desired outcome before making a plan.

How to Dismantle Your Black Box

Identify your areas of weakness

Most of us can probably identify one or two aspects of our careers as musicians that could be much stronger, but that we don’t fully understand how to improve. Not-so-fun fact: publishing is my black box issue. I know it’s important and it melts my brain.

If you’re starting to think about an area of your project that you know needs work but that you aren’t sure how to tackle – great news! You’re already making pinpricks into your dingy old BB.

A great next step is to conduct basic online research. You’ll start getting a better sense of which direction to move in right away. Come up with 5-10 specific questions about how to get started, what success markers will look like, which risks are involved in whatever you’re getting into, and what you can do to help ensure the best possible outcome.

Find yourself some experts

Lots of people are afraid of getting in touch with professionals because approaching strangers is weird. What many people don’t realize is that most people who work directly with bands are happy to have a free initial call with an artist who is looking for information, even if it doesn’t directly result in a new client. Anyone worth their glasses knows that the music industry is relationship-based and that any chance to make a good impression person-to-person is essentially free advertising.

My favorite brains to pick are those of entertainment lawyers. Lawyers are great people to get in touch with because they have relationships with people who are getting stuff done. – i.e. people hiring lawyers. If you have questions about music licensing, increasing your involvement in your city’s music community, or just need some solid feedback about where your project is at and how to move forward, I recommend asking a music lawyer if you can pick his or her brain for half an hour on the phone. They’re likely to say yes because you’re taking initiative and bands who take initiative are more likely to go on to do cool stuff – especially stuff that requires legal services.

Set up calls with multiple experts. The music industry is an incredibly varied place that employs people from all walks of life and vast cultural references. What is common knowledge to one person might be outdated to another. You may find that by speaking to two different people, you begin to see which values and practices make the most sense with your genre, lifestyle or personality. 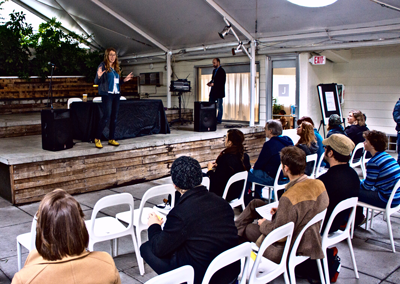 Once you get a few different perspectives on your black box issue and how it relates to your band, you’ll have gained the knowledge and power to either move forward with steady footing or decide that what you had in mind isn’t, for whatever reason, right for your project.

For some reason, it’s 2015, and yet it’s still insanely common for bands to fail at or ignore social media. Everyone knows that social media is key for building and engaging with their community, but that’s pretty much the extent of most bands’ understanding of the topic. Therefore it’s easy to see why most bands lack any real plan for successfully using their social media outlets.

As a publicist, I’m painfully aware of how few people understand how PR works, as well as its specific benefits. I’d also lump inrelease strategy and branding/positioning when learning about promotion, because these make up the three most important components of successful publicity campaigns.

As I mentioned before, lawyer stuff is my favorite black box, firstly, because I love my entertainment lawyer, but secondly, because I think of lawyers as wizards who know stuff that I might not be able to google or, at least, topics that are too complicated to tackle on my own. This includes all things related to publishing, licensing, contracts and, from time to time, moral support.

Like it or not, it costs money to get bands off of the ground. Of course, lots of factors contribute to this, but the basic gist is that there are infinitely more aspiring bands than opportunities for said bands. This means that the world of up-and-coming bands is insanely competitive.

As a result, a lot of bands either spend – or borrow (from labels, etc.) – thousands or tens of thousands of dollars to pay for everything from recording to promotion and manufacturing. This shouldn’t come as a huge shock to anyone, but what I personally find unsettling is how few bands I see planning, saving, and budgeting, and how many I see sitting around waiting for a miracle.

I’ve also seen creative bands save tons of money on what would otherwise have been expensive projects by trading services, such as recording, design, web services, photos, and music videos. This can be a great option for the blessed among us with mellow schedules. If you don’t have anything to offer in trade, it may be a good time to find something useful you like doing and learn how to do it well for yourself and others. You never know – it could become your full-time job.

Discuss money with your band

As I mentioned before, so many bands are just winging it. Considering that many of us view music as the most important element of our lives and long for it to be our full-time profession, this is completely nuts.

If through a frank discussion with your creative partners, you discover that you don’t have enough money to make and promote your record or tour or whatever else, this will give you an opportunity to prioritize where you spend your money and could even help you figure out how to make up the difference.

One idea might be to rally your band behind a sober month in which you pool the beer money you save. We’ve also worked with bands who have had huge success executing crowdfunding campaigns. I’d recommend either or both of these options to any band whose aspirations are bumping up against their budget.

Here Are Some Experts To Get You Started

Here’s the contact info and brief descriptions of the three Secret Knowledge presenters whose areas of expertise I found most useful for developing artists looking to grow.

Michael Menzies is a holistic financial advisor who helps people plan their dreams at Pembroke Asset Advisors LLC. He has a gift for making the work that’s ahead of you seem very straightforward and doable.

Peter Vaughan Shaver, Esq. of Sound Advice LLC is our wonderful lawyer. Hit him up for advice emerging & established musicians can follow to protect their rights and diversify their sources of income.

Jenna Goldin of MATH LLC, a boutique accounting firm which serves creative individuals and small businesses in Portland, weighs in on self employment, offers handy recordkeeping tips, talks business taxes, and takes us on a trip to the grey zone where a creative hobby becomes a business.

In summary, as in any industry, the key to success is to learn as much as you can and work smarter.